The Gustolab 360 staff will demonstrate different ways to use our products. Our demos will show you how to make a sandwich, a pizza or a Gourmet pinsa, and how to best use all our products.
Coming soon

Our in house courses recognized by OPR - Originale Pinsa Romana

- Evaluate and manage the raw materials: from the dough to the ingredients.
- In-depth analysis of the flours and their mixing
- Calculation of the water temperature to be used in the optimal dough.
- Special mixes with Pinsa Romana flour blends
- Indirect mixes with temperature control with 24/48/72 hours leavening.
- Dusting for spreading.
- Manipulation and spreading of Pinsa Romana dough.
- Organizational techniques for mise en place.
- Condiments.
- Cooking methods of the Pinsa Romana according to the different types of oven.
- Cleaning methodology and ground rules of HACCP
PRIVATE COURSES 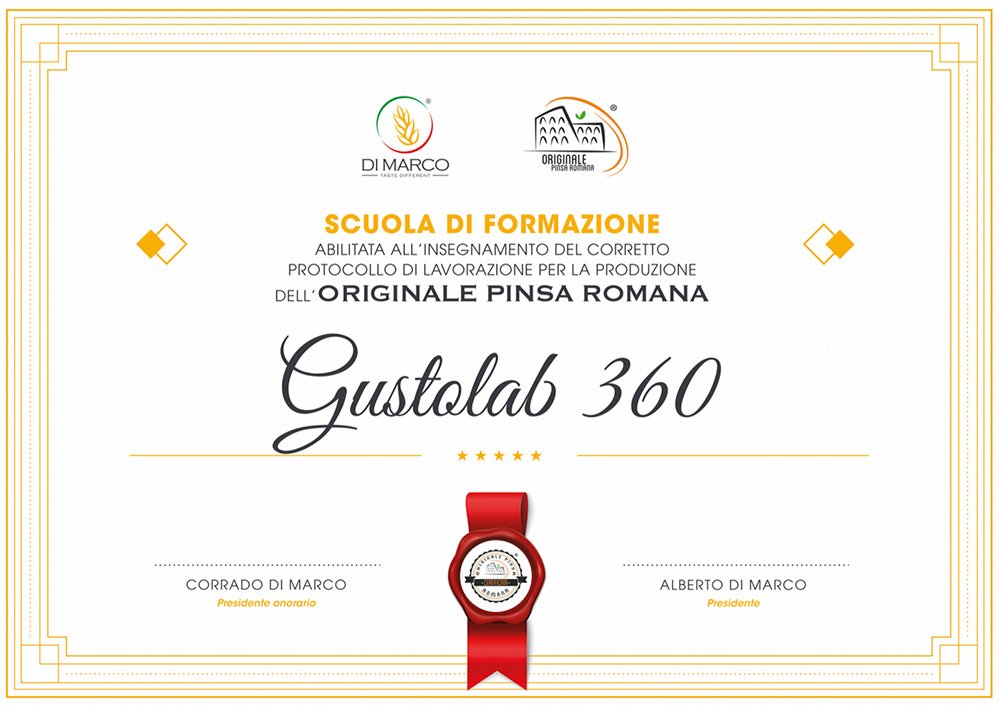 Write to us for further information

Expert in cooking with a Roman pinsa wood oven, and the first teacher to be recognized by the Regione Lazio, he began his career at a very young age.

A graduate of IPAS Tor Carbone in Rome, he took his first steps in the world of catering working in the family of restaurants King dei Molisani and Il Colibr?.

Here he learns the main secrets of the trade and in 1991 he opens the restaurant La Queen del Molise, which today after having been renovated has taken the name of Alchemico, of which he is still today in charge of and restaurant manager. His curriculum boasts a number of different work experiences from the 1980’s on at the The Westin Excelsior in Rome and several seasons as chef de rang on behalf of Giolitti Catering.